“All the world’s a stage, and all the men and women merely players; … “

William Shakespeare. As you like it, Act II, Scene VII

Steal the show means being the centre of attention, having all eyes on one, being the most popular. – Let’s admit it: who would not want to steal the show every now and then?

“Steal the show” is also a book written by Michael Port. Its promise is “a standing ovation for all the performances in your life” and it does, indeed, deliver. As a professional actor, Michael Port brings you techniques that change your views on “performance”.

Here are two straightforward tips from the book’s 50 point Cheat Sheet. Do they ring a bell?

2. Let them go early. Audiences always like to be let out a few minutes early – even if they love your performance. There are no prizes for endurance; let them leave a few minutes ahead of schedule; they will thank you for it!

Check out the book, highly recommended: Steal the show by Michael Port

How do we survive sitting all day? Although it’s “just a desk job”, working in an office can play absolute havoc on our bodies.

Here are two immediate steps you can take to protect your most exposed body parts: spine, neck, elbows and fingers:

When we seek help with a life-changing decision, we tend to come across two kinds of people : those with wise counsel and those who give us their worst advice.

Have you ever been told …?

You are too old!

“After all these years at your corporate job, you will never adjust to being a student again”, “no school in their right mind will accept you”, “you will be out of place (and out of money)”, “fellow students will shun you”.

You can’t afford to do this!

“You won’t be able to buy a house, start a family or move up the career ladder”.

Whatever advice you get, it’s always good to remember that it’s not about them,
it’s about YOU.

Something is ‘rocking’ in the state of Denmark

For over 40 years in a row, Denmark has been voted as one of the happiest countries in the world.

“Hygge is considered such a powerful factor in Danish happiness that some universities in the UK and the US have started offering courses on it. Many think it is about lighting candles, preparing good food, and creating a nice atmosphere.”

But there is a deeper meaning to hygge; check it out here The Secret to Danish Happiness 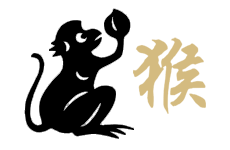 Chinese New Year is on Monday 8th February 2016. This new year is under the sign of the Fire Monkey which symbolises liberty, creativity and emancipation.

This closing period is likely to increase temporary air transport prices temporarily and may induce late arrivals for European destinations.
The NV Logistics Team will do all its best to contain transport repercussions.

We hope you liked this issue of Health – Wealth – Wisdom. And if you did, we would love you to press the ready-to-share social media buttons at the bottom and at the top of this page.

“What separates the super successful from everyone else? There are well-known factors such as work ethic, passion, intelligence and grit. But there are also less obvious habits that allow certain individuals to separate themselves from the pack and become truly great at what they do.”
5 surprising things super successful people do.

Super successful men* may say NO to (almost) everything, but one thing they are most likely to say YES to is love making.

(*no worries, we will talk about women in another issue).

If you say YES to healthy, joyful vegetables, your performance may well go through the roof! Find out why.

Researchers at William Paterson University in New Jersey have produced a list of 41 powerhouse fruits and vegetables ranked by 17 critical nutrients they contain. View this 1 minute video and get a succinct presentation of the top five. Published by The Washington Post.

The dilemma is simple: people who are confident and know how to put themselves in the best light are seen as more competent (makes sense: after all, they’ve just publicized their successes).

Yet in most cultures there is also a cultural norm for modesty, which means that braggarts are often seen as rude and unlikeable; in fact, boasting can be annoying and counterproductive. Find out more about The Braggart’s dilemma.

Having the confidence to embrace downtime makes high flyers more successful. Read more about why not being productive is sometimes good thing.

Send your goods under ATA carnet for your events.What is an ATA Carnet ?
An international customs document, the ATA Carnet (temporary admission) allows the temporary import of goods without payment of value added tax (VAT) and customs duties. ATA Carnets are issued and accepted in most countries in the world.NV Logistics take care of all the administrative dealing with Geneva Chamber of Commerce. Please don’t hesitate to contact us for any queries you may have.

Keep being healthy, wealthy and Wise!

And if you wish the same for your friends and colleagues, please share this article through the handy sharing buttons at the bottom and the top of this page.

Did you know that forgetting is not always bad?

What if the way you were taught to learn is rooted in superstition rather than in science?

“Life-long learning” is the mantra of modern life. And yet, this is not new. The ancient Greeks, for example, strongly believed in continuous improvement of the mind and body.

This feature is about counterintuitive approaches to learning.

In other words: why forgetting is not always bad.

In this disconcerting article, we are told that our brain is a remnant from our hominid ancestors, and as such still a foraging learner.

And if you want to dig deeper into the why’s and how’s, check out Benedict Carey’s book.

How We Learn: The Surprising Truth about When, Where, and Why It Happens.

In a nutshell: “most of our instincts about learning are misplaced, incomplete, or flat wrong” and “rooted more in superstition than in science.”

If not your own procrastinating self, could it be that your spouse is holding you back?

According to a new study of workout habits of couples, “spouses influence each other’s exercise habits, for better and for worse”. How to Get Your Spouse to Exercise.

When it comes to entrepreneurship, many insiders on both sides of the Atlantic have taken to the habit of “French-bashing”.

What if there was a pill that made us more compassionate towards others less fortunate?

Researchers at two American universities (Berkeley and San Francisco) have published a study that describes how a change in the neurochemical balance in the prefrontal cortex of our brain could modify our social behaviour.

For example a greater willingness to divide resources more equally.

2. We are delighted to announce our new warehousing facilities (750m2) at the Swiss-centric location of Marly/Fribourg. Our fully integrated services are based on a triangular approach which combines 1. Storage facilities at floor and shelf levels, 2. Dedicated ERP software for customisable order processing & inventory management and 3. Highly trained, competent and motivated staff.

3. Our Life Sciences sales account manager Mr Philippe Le Corre has decided to accept an opportunity in another company. We wish him all the best for his future career. Mr Azdin El Ghazouani is henceforth at your service. Please don’t hesitate to contact him for any queries you may have.

Share this issue of #NV? Wow, thank you. Of course you can!

Please click on the social sharing button(s) at the bottom or at the top of this page.